What is an Iboga Treatment?

An Iboga Treatment works with what is known as the godfather of all plant medicines, Iboga. Iboga is the inner root bark of a rainforest shrub called Tabernanthe Iboga. It has been used by West African tribes for thousands of years for its medicinal and spiritual properties as a part of the spiritual tradition Bwiti. The roots of the herb contain several bioactive alkaloids, with the most well-known being Ibogaine.

Iboga Treatment is another way of saying Iboga Ceremony, Iboga Therapy, or Iboga Retreat. All of these terms usually mean the same thing. Iboga can help with many mental, physical, and spiritual conditions, which is why we offer several different types of Iboga Treatments at Root Healing

Our Bwiti ceremonies create a safe and sacred space to journey within and connect with your deepest truths. With the support of our experienced team, you will have the opportunity to release old traumas and wounds, connect with your intuition and inner wisdom, and rediscover your authentic self.

Our Iboga Detox Treatment offers a permanent holistic solution to those suffering from various types of addiction. This includes a full detox treatment and additional ceremonies. By combining ancient Bwiti techniques with modern science, this program ensures a safe and effective healing process.

What is an Ibogaine Treatment?

Ibogaine treatments work with Ibogaine and tend to have a very clinical approach, often performed in a hospital type of setting. There is little to no spiritual healing, counseling, or integration coaching like you would receive with an Iboga Treatment. We do not offer Ibogaine Treatments at Root Healing, but we may sometimes use Ibogaine as part of the program in unique cases.

While both therapies have high success rates, Iboga Treatments done in the traditional way are more effective for many scientific and spiritual reasons. Our combination of both the Bwiti tradition and modern medical science is more effective for lasting healing.

Here are some of the reasons why:

In Ibogaine Treatment centers, only the alkaloid Ibogaine is used, which misses out on the full potential of the complete plant.

In fact, the root bark contains many beneficial alkaloids. Apart from Ibogaine, other prominent molecules include tabernanthine (13-methoxy ibogamine), ibogamine, coronaridine, ibogaline, and others.

Scientists have investigated the effectiveness of these alkaloids in attenuating drug-seeking behavior in animals, and they have found that tabernanthine, ibogamine, and coronaridine possess potent anti-addictive properties similar to Ibogaine (2).

This means that the benefits of Ibogaine will be potentiated when used in conjunction with the rest of the alkaloids. Thus, we recommend an Iboga Treatment as a more effective option for attenuating drug craving and withdrawal symptoms.

Iboga may be more beneficial than Ibogaine for other conditions as well, such as alleviating symptoms of depression. Both Ibogaine and tabernanthine activate receptors in the brain called sigma-2 (3). According to the research, activating these receptors can have several benefits for brain function, including antidepressant effects.

The root bark contains many beneficial alkaloids. Apart from Ibogaine, other prominent molecules include tabernanthine (13-methoxy ibogamine), ibogamine, coronaridine, ibogaline, and others. Scientists have investigated the effectiveness of these alkaloids in attenuating drug-seeking behavior in animals, and they have found that tabernanthine, ibogamine, and coronaridine possess potent anti-addictive properties similar to Ibogaine

Ibogaine Treatments also lack the spiritual tradition that is crucial to healing with Iboga. The Bwiti have worked with Iboga for thousands of years. Iboga is the Bwiti’s sacrament, and its spirit has communicated to them directly about how to work with it. The rituals and traditions of a Bwiti-focused Iboga treatment were given to the Bwiti by the spirit of Iboga itself, enhancing its strength, efficacy, and healing results.

Moreover, when Ibogaine has been fully extracted from the Iboga, it no longer has the spirit of the medicine. Thus, the treatment will only provide temporary mental and physical healing.

All the Iboga we use at our Iboga Treatments comes directly from our Bwiti family and is handled with traditional care to ensure that the spirit remains strong. In addition, our Total Alkaloid (TA) extract is also made with a unique spiritual process that ensures the spirit stays.

Iboga and Ibogaine Treatments for Addiction

Ibogaine has been extensively studied when it comes to treating symptoms of addiction and withdrawal from opioids and opiates (natural opioids). As mentioned above, some of the other alkaloids in Iboga, like tabernanthine, ibogamine, and coronaridine, also possess potent anti-addictive properties similar to Ibogaine (1) (2). (4)(5) (6)

Another report of 75 previous alcohol, cannabis, cocaine, and crack users reveals that a single Ibogaine treatment led to several months of abstinence in 61% of the patients, while additional treatments prolonged the suppressing effects on drug-seeking behavior (9).

In addition, by increasing the activity of NGF and BDNF, Ibogaine may be able to rejuvenate some of the damage that occurs to these factors after years of opioid and cocaine abuse (24, 25).

What sets our Iboga Detox Treatment apart is our extended program. Along with initial detox treatment, we include several psychospiritual ceremonies and counseling to heal the underlying causes of the addiction and promote new patterns of living. In addition, our extensive aftercare program ensures they stay on track and have the support they need for lasting success.

Depression and anxiety disorders are relatively common among drug addicts because addiction often occurs in an attempt to cope with psychological symptoms. With that being said, most studies investigating the benefits of Ibogaine for addiction and withdrawal also report significant improvement in symptoms of depression after the treatment (5, 7, 10). In fact, Ibogaine was initially marketed in France in the 1930s as a product for depression and fatigue (11).

Increasing serotonin levels is one of the main targets of pharmacological therapy with antidepressants. Furthermore, increasing dopamine may also improve symptoms of depression. If dopamine levels are insufficient, it may lead to mood problems, including depressed mood, lack of motivation, and feelings of hopelessness. Ibogaine increases the bioavailability of these molecules in the brain. (12, 13).

Ibogaine also appears effective in certain forms of anxiety, such as PTSD (post-traumatic stress disorder). According to a study of 51 US veterans, a single oral dose (10 mg/kg) of Ibogaine significantly reduced symptoms of depression, anxiety, and PTSD (16). The treatment also led to major reductions in suicidal tendencies and cognitive impairment.

While the science shows some truly remarkable results, the true benefits of an Iboga Treatment are in the experience. Guests at a retreat are able to see the root causes of their depression, anxiety, or other mental health problems. The treatment also helps them detox their mind and sets them free. Most importantly, though, it connects them to their true selves. Going home with a clean slate, a restored brain, and the neuroplasticity to build new healthier habits is a recipe for success.

Benefits of Iboga and Ibogaine for Neuroplasticity

In fact, the benefits of Ibogaine on GDNF persist even after the alkaloid has left your system (23). (24, 25). BDNF is also shown to help nerve cells create new connections, survive, repair, and even form anew in areas of the brain that retain stem cells (26, 27).

The effects of Iboga and its alkaloids, such as Ibogaine, on various receptors and neurotrophic factors in the brain, may hide a potential for treating certain neurological conditions.

For example, restoring the activity of BDNF in the brain may boost the recovery of patients with traumatic brain injury (TBI) (28).

TBI is a term describing damage to the brain (such as a concussion) that has occurred due to external force. Severe or repeated injuries can lead to irreparable brain damage and disabilities.

Since Ibogaine stimulates the activity of BDNF in certain areas of the brain, the alkaloid may be able to induce neural regeneration, reconnection, dendritic sprouting, and improved synaptic efficacy.

This, in turn, may reverse cognitive and emotional deficits in TBI patients. In addition, animal studies support the effectiveness of BDNF activation, which was able to cause a complete brain repair after a TBI (29). 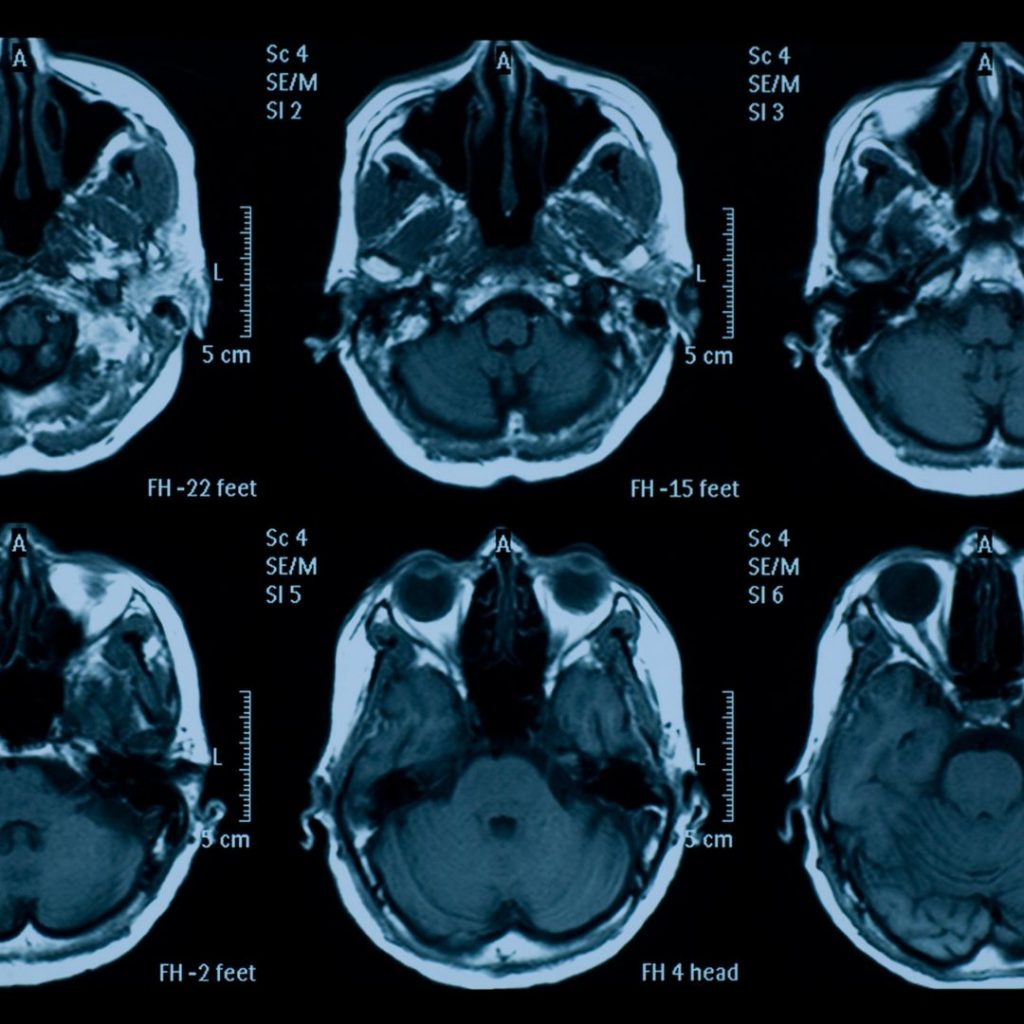 Parkinson’s disease may also be ameliorated by Iboga and Ibogaine’s effects on neuroplasticity. The condition is caused by the death of dopaminergic neurons.

GDNF has been extensively investigated as a possible agent that can prevent the death of brain cells and restore function in the dopaminergic brain cells that are affected by the condition (30).

Studies have shown up to 40% improvement in symptoms after direct GDNF infusion. However, the procedure is invasive, complicated, and inconvenient.

On the other hand, Ibogaine has been proven to upregulate GDNF expression in the same regions which are otherwise affected in Parkinson’s and thus may prove to be an effective and less invasive treatment option (21).

Studies have also shown that reducing inflammation in the brain is especially effective in autoimmune neurological conditions such as multiple sclerosis (MS) and autoimmune encephalomyelitis (inflammation of the brain and the spinal cord).

In one experimental animal model of autoimmune encephalomyelitis, sigma-1 activation prevented the accumulation of immune cells and degeneration of neurons which slowed down the progression of the condition (33).

Ibogaine may also possess antimicrobial properties, including antiretroviral, antimycobacterial, and antimycotic effects. One in vitro study has reported that Ibogaine has activity against the bacteria that causes tuberculosis – Mycobacterium tuberculosis (17).

Ibogaine can also block the replication of the Human Immunodeficiency Virus (HIV) that causes AIDS and may stop the spreading of the virus (18). Ibogaine is highly effective against one of the most common fungal pathogens – Candida albicans. (19). (20).

In one experimental animal model of autoimmune encephalomyelitis, sigma-1 activation prevented the accumulation of immune cells and degeneration of neurons which slowed down the progression of the condition (33).

Treatment with Ibogaine has shown great success in attenuating symptoms of addiction and withdrawal, as well as great promise in the therapy of depression, PTSD, and other health conditions.

Despite the fact that Ibogaine therapy has been extensively studied, an Iboga Treatment using the isolated alkaloid extract or root bark is far more effective and efficient than Ibogaine therapy. Traditional Bwiti Iboga treatments not only heal physically but also mentally and spiritually.

Root Healing Iboga Treatments combine the best of both worlds with a medical and Bwiti-trained team offering comprehensive, holistic treatments.