Neuroplasticity of Iboga and Ibogaine

Many of these surprising benefits are due to Iboga’s ability to rewire the brain. The underlying mechanism is called neuroplasticity, which involves the brain’s innate ability to change, repair, and adapt.

Unfortunately, our highly developed central nervous system has a limited ability to recover due to the complex mechanism and factors affecting neuroplasticity. However, Iboga may be able to stimulate the majority of these factors in different parts of the brain and boost neuroplasticity.

Tabernanthe Iboga is a perennial shrub native to the equatorial parts of West Africa. The plant contains several alkaloids, which contribute to its psychoactive and medicinal properties.

The primary psychoactive alkaloid is called Ibogaine, and its concentrations are the highest in the roots, more specifically, the root bark. However, there are many other alkaloids found in Iboga besides Ibogaine that may contribute to its medicinal effects, including tabernanthine, ibogamine, coronaridine, voacangine, and harmaline.

For thousands of years, practitioners of the spiritual tradition known as Bwiti used Iboga. In recent years, Iboga has become more widely available to the general public for spiritual growth and physical and mental healing.

Data on the benefits of Ibogaine dates back to 1962, with multiple case studies reporting successful treatments of addictions to heroin, cocaine, morphine, amphetamine, and alcohol (1).

People who have taken Ibogaine often report that they no longer desire to take drugs and got there without withdrawal symptoms. A life-changing psychedelic experience often accompanies this, healing the cause of the addictive behavior.

Despite being illegal in the United States and several other countries, Iboga retreats and Ibogaine Treatment Centers exist worldwide. 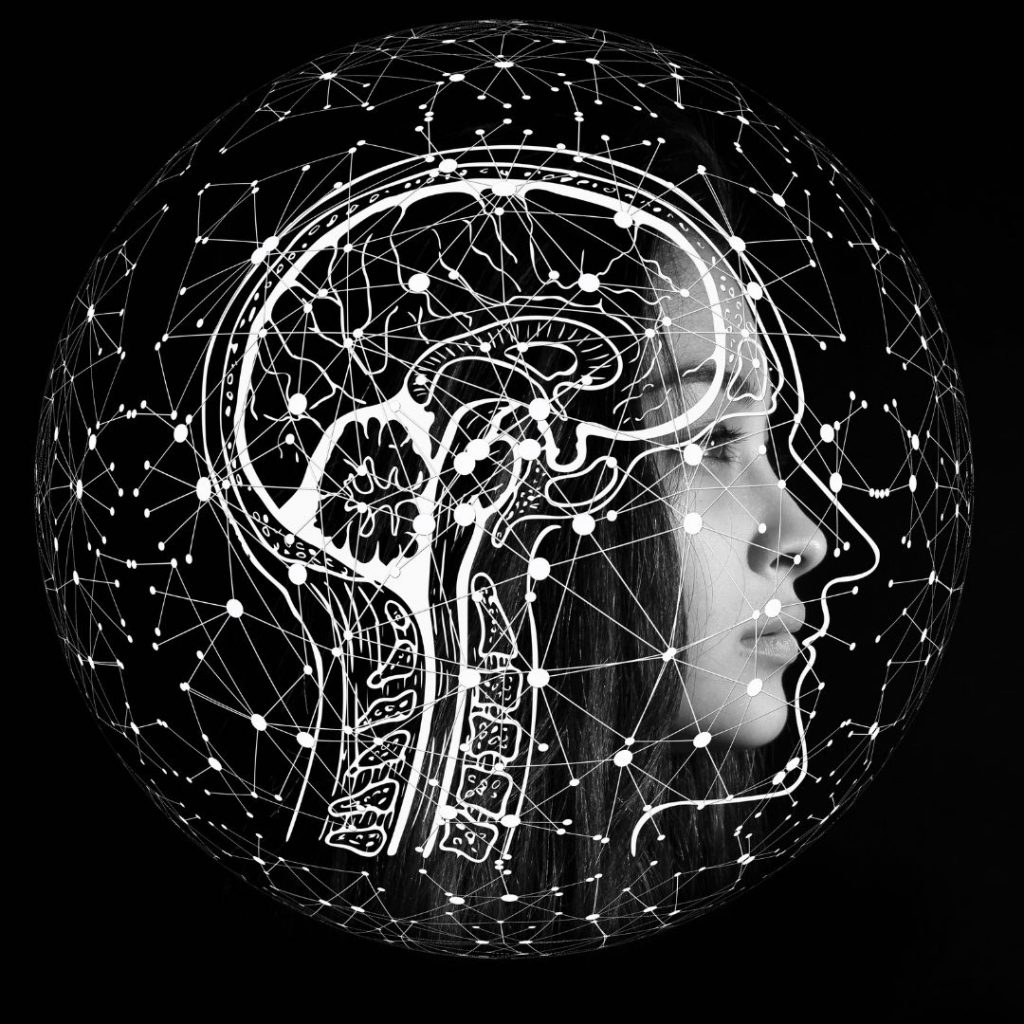 Neuroplasticity is the capability of neurons to reorganize, adapt and even form anew. There are two main types of neuroplasticity – structural and functional.

Structural neuroplasticity occurs more slowly and is often called “remapping.” It involves the anatomical reorganization of brain cells and even the formation of new ones. Previously, this process was believed to be inactive in adults.

According to scientists, both BDNF and GDNF can induce remodeling in the nerve tissue and the formation of new connections (3).

BDNF might also stimulate neurogenesis, the formation of new neurons in parts of the adult brain that still retain stem cells (4).

We know from scientific research that after administering Ibogaine, the alkaloid leads to a significant increase in the activity of these factors in different parts of the brain (5).

GDNF was significantly upregulated in areas rich in dopaminergic neurons in the midbrain, which are linked to reward-driven behavior and are often affected by drugs of abuse.

NGF and BDNF were upregulated in all areas linked to the reward systems in the brain as well.

Furthermore, they were activated in the prefrontal cortex, which is implicated in planning complex cognitive behavior, personality expression, decision-making, and moderating social behavior.

Non-hallucinogenic analogs to Ibogaine are ineffective in activating neurotrophic factors such as GDNF (6).

What are the benefits of increasing neuroplasticity?

A primary mechanism by which Ibogaine attenuates drug-seeking behavior and helps treat mental health conditions, brain conditions, and neurological conditions is through its influence on several neurotransmitters.

According to researchers, the development of an addiction could be related to the dysfunction of the neurotrophic growth factors (7).

By stimulating neuroplasticity and inducing favorable brain remodeling, Ibogaine may reverse the biochemical adaptations to chronic exposure to drugs of abuse in the reward system.

Evidence also reveals that the induction of GDNF by Ibogaine may activate an autocrine loop, leading to a long-term synthesis and release of GDNF that persists beyond the short-term presence of Ibogaine after the therapy (9).

The release of dopamine controls reward-driven behavior and plays a vital role in forming habits (10).

The formation of new habits is dependent on neuroplasticity, which lets the dopaminergic neurons form new connections and switch the release timing of dopamine.

Furthermore, BDNF levels can dynamically impact reward-related decision-making and suppress unhealthy habits due to their role in neuroplasticity.

For example, studies in mice reveal that reduced BDNF expression leads to a loss of control over unhealthy habits such as alcohol consumption (11).

A Traumatic brain injury (TBI) is damage to the brain due to external factors such as sports and work traumas, accidents, violence, etc. The condition can lead to a progressive loss of brain cells and disability.

In a model of autoimmune encephalomyelitis in mice, experiments reveal that lack of BDNF reduces neuroplasticity and speeds up the brain cell death rate (14).

Furthermore, evidence suggests that increasing NGF and GDNF may protect brain cells against cell death and slow the progression of MS (15).

According to researchers, several lines of evidence, both from clinical research and animal models, suggest that neurotrophic factors play a pivotal role in neuroprotective and neuro-regenerative processes that are often defective in MS (16).

Therefore the scientists suggest that neuroprotective strategies could be used as valuable add-on therapies alongside traditional immunomodulatory treatment in this condition. 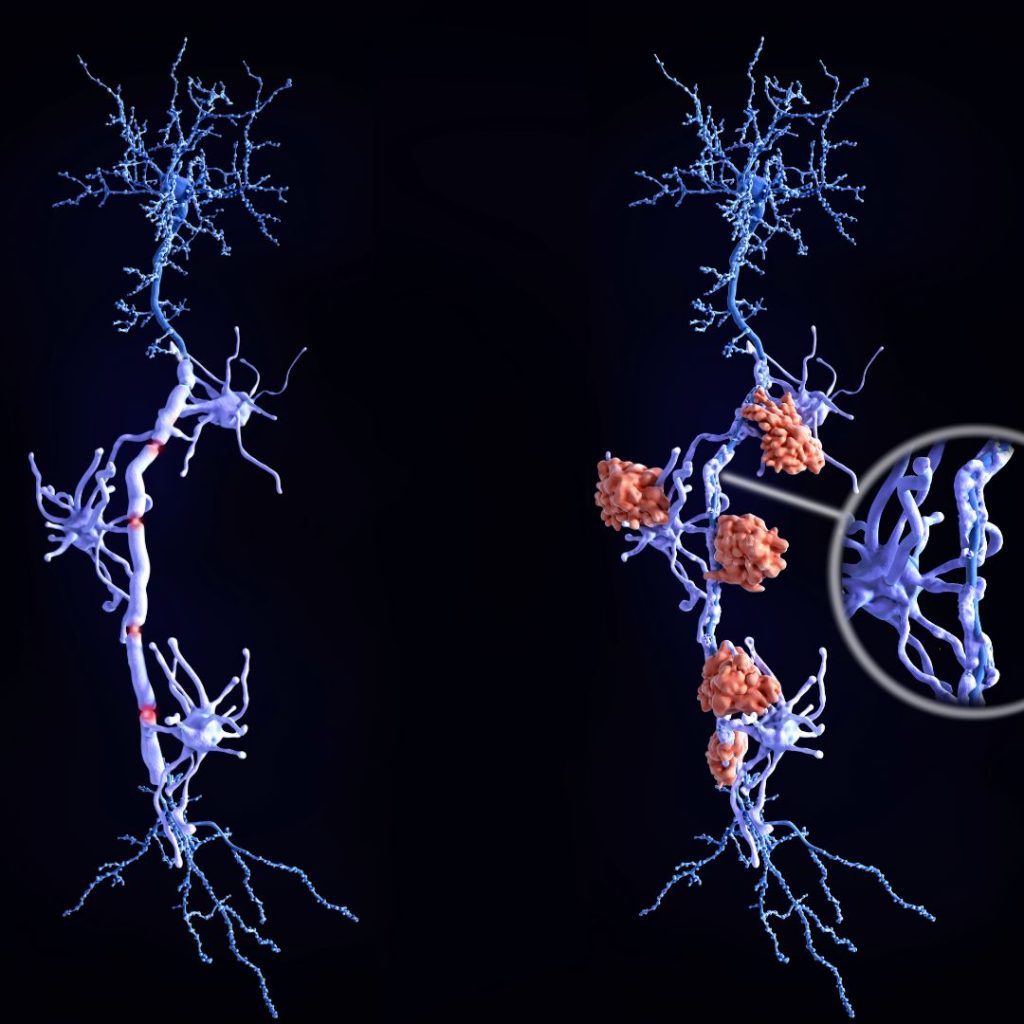 Mental health conditions such as depression and anxiety disorders appear to be associated with changes in brain neuroplasticity.

For example, a study of almost 2000 individuals with depression reports that the participants had significantly reduced activity of BDNF and neuroplasticity (17).

BDNF was also low in patients with stress-related disorders such as anxiety and chronic fatigue (18).

Furthermore, individuals with genetically determined low expression of GDNF were much more likely to suffer from anxiety disorders (19).

GDNF is investigated as a potential treatment for Parkinson’s since it may help protect and even repair the neurons that are otherwise damaged due to the condition.

Researchers reveal that the activation of GDNF may prevent the death of dopaminergic neurons, which can slow down the progression of the disease (20).

Furthermore, case reports suggest that it can induce the formation of new dopamine neurons – the ones damaged and lost in Parkinson’s.

For example, infusion of GDNF into the posterior putamen of 62-year-old patients causes similar sprouting of dopaminergic fibers in association with clinical improvement in Parkinson’s disease symptoms by 38% (21).

Another trial in 5 patients supports these findings and reports over 60% improvement in some of the symptoms one year after the therapy (22).

There is substantial evidence that neuroplasticity may play a role in a wide range of neurological conditions.

Despite that, there are serious obstacles to future research. For example, scientists lack reliable and non-invasive methods to increase the levels of neurotrophic factors in the brain, such as GDNF and BDNF (23, 24).

This is due to the blood-brain barrier, which separates the brain from the rest of the body’s circulation, and the infusion of neurotrophic factors cannot reach the brain.

Meanwhile, Ibogaine and other alkaloids present in Iboga can easily pass through this barrier and reach all parts of the brain.

Click here to learn more about our Iboga Retreats, our Detox Program, or our Specialized Treatments 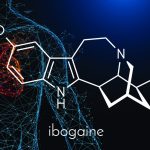 What is the Success Rate of Ibogaine or Iboga?