Drug-involved overdose deaths in the US used to be under 20 000 per year by the end of the 20th century.

Although addiction to opioids is currently the main cause of drug-related overdoses and deaths in the US (70% of all overdose-related deaths each year), the success rate of the available therapeutic remains tragically low.

What is more, unless new therapeutic options are successfully implemented, the annual death toll will likely double in the next 10 years.

While this is unsettling, there is a lesser-known but effective treatment called Iboga Assisted Detox. Another similar treatment called Ibogaine Therapy has already been employed in several countries including Portugal, Thailand, Canada, New Zealand, and Mexico. Both are effective, but we believe Iboga Assisted Detox could be the best addiction treatment available in the modern world on a spiritual and physical level.

Iboga Detox involves the ingestion of the inner root bark of the ancient medicinal shrub Tabernanthe Iboga. Iboga is known as the Godfather of all plant medicines and contains several active alkaloids, with the most prominent one being Ibogaine.

In this article, we will break down the science on the effects of Iboga and its alkaloids as well as their potential as an effective treatment for opioid addiction and withdrawal.

What is the success of the current treatment options for opioid addiction?

Opioids include the natural alkaloids called opiates such as morphine, heroin, and codeine as well as synthetic analogs such as oxycodone and fentanyl. Opiates and synthetic opioids can quickly lead to addiction and physical dependence.

The main methods for opioid addiction treatment in the US include rehabilitation and medication-assisted treatment (MAT).

In general, rehabilitation centers offer medication-free treatments and tend to report high success rates. However, the therapeutic community reveals that only 30% of individuals complete the program.

What is more, several months to a year after being discharged, 70-80% of the patients relapse without continuous care. This means that only 6-9% of the patients who initially started the rehab treatment achieved long-term abstinence.

Unfortunately, the high risk of relapse after a medication-free treatment is also associated with an increased rate of overdoses.

Studies report that without any follow-up plan or continuous therapy, there is an increased risk of overdose and death in the patients who eventually start using again (1).

The underlying mechanism is the lack of drug tolerance following a medication-free rehab. Therefore, many clinics offer MAT for opioid addiction which involves the use of opioid agonists such as buprenorphine or methadone.

Methadone and buprenorphine are “weaker” opioids that activate the opioid receptors and reduce cravings or withdrawal symptoms in addicted patients (2).

Since they are “weaker”, they do not cause the euphoria and the typical “high” of other opioids and opiates which reduces their abuse potential.

Buprenorphine is often combined with naloxone in a medication called suboxone. Naloxone blocks some opioid receptors and further reduces any pain-relief and euphoric effects to minimize the risk of abuse.

Yet, discontinuing suboxone or methadone therapy still leads to a relapse in most patients.

What is more, methadone therapy has a relatively higher risk of abuse and may still lead to withdrawal if discontinued. Thus, methadone treatment often turns into a lifetime therapy.

As an opioid, it may still cause addiction and physical dependence after prolonged use. Long-term methadone treatment is also associated with symptoms such as depression, drowsiness, and impaired concentration.

Discontinuing methadone is associated with an even lower success rate and leaves the patient at a very high risk of relapsing and overdosing. Both suboxone and methadone can also actually be harder and more dangerous to detox from than classical heroin and require medical supervision.

Is Ibogaine effective against opioid addiction?

Tabernanthe Iboga is a shrub, native to western equatorial Africa. The practitioners of the Bwiti spiritual tradition living in these areas have used it in their rituals for thousands of years.

In fact, Iboga plays a central role for the Bwiti people as their main sacrament thanks to its potent medicinal, healing, and spiritual properties.

Ibogaine is the first alkaloid isolated from the Tabernanthe Iboga shrub and was named by Édouard Landrin in 1900. It is metabolized into noribogaine (12-hydroxy ibogamine), which is thought to be the main substance possessing psychoactive effects (4, 5, 6).

Apart from its psychedelic properties, Ibogaine was also found to regulate various neurotransmitters and receptors in the brain, including dopamine, serotonin, and N-acetylcholine (7).

Furthermore, it boosts the brain’s neuroplasticity by activating the so-called neurotrophic factors which play a key role in nerve cell survival, neural remodeling, and adaptation (8).

These effects are likely the underprint for Ibogaine’s potent anti-addictive and medicinal properties. Researchers report that the alkaloid is highly effective for detoxification and withdrawal in cases of opioid, cocaine, methamphetamine, and alcohol addiction.

What is more, therapy with Ibogaine results in long-term suppression of cravings and drug-seeking behavior.

Research on Ibogaine for opioid addiction

One of the first clinical studies is a small trial from 1999. In the study, 25 out of 33 people (75%) treated with ibogaine experienced complete relief of opioid withdrawal without further drug-seeking behavior throughout the observation period (9).

In the rest of the patients, withdrawal but not drug-seeking behavior was eliminated or significantly reduced.

Furthermore, a larger study with 88 participants addicted to opiates also reported that the ibogaine eliminated or drastically reduced withdrawal symptoms in 80 % of the cases (10).

What is more, many of the patients also reported long-term effects. 41% were abstinent for at least 6 months while 30% achieved complete cessation of drug use.

It appears that even a single dose of Ibogaine may have long-term effects. In another trial, subjects undergoing opiate detoxification with up to 800 mg of ibogaine reported significantly decreased cravings immediately and one month after the dose  (11).

A smaller study that involved repeated testing at 3-, 6-, and 12-months after a single dose of 200 mg Ibogaine given to 8 patients reported that only one intervention was sufficient to induce lasting abstinence (12).

Over these periods only small percentages of participants tested positive for opioids: one subject each at three and six months and two participants at 12 months.

Ibogaine appears more effective than its main metabolite – Noribogaine. In one study, a single dose of Noribogaine was less effective but still showed a trend towards reducing symptoms of opioid withdrawal (13)

That’s likely because Noribogaine lacks Ibogaine’s effect on some neurotransmitters such as dopamine (14).

Furthermore, it lacks activity towards the sigma-2-receptors in the brain. The activation of these receptors by Ibogaine may provide antidepressant and antipsychotic benefits.

Ibogaine vs Iboga – which is better for treating opioid addiction?

Ibogaine is not the only active alkaloid in the Tabernanthe Iboga shrub. The root bark of the plant contains up to 6% alkaloids which also include tabernanthine (13-methoxy ibogamine), ibogamine, coronaridine, ibogaline, and others.

In fact, many of the molecules naturally found in the total alkaloid extract (TA) of the shrub may potentiate the effects of Ibogaine on the different receptors and neurotransmitters in the brain.

For example, ibogamine and tabernanthine also activate the sigma-2 receptors in the brain which is thought to mediate several benefits for the brain such as antidepressant effects (15).

Unfortunately, therapy with Iboga TA has not received much clinical and scientific attention yet.

Therefore, Iboga TA may be even more effective in attenuating the symptoms of opioid craving and withdrawal when administered at an optimal dose.

Furthermore, Iboga is the sacrament of the Bwiti. As an indigenous plant medicine for the Bwiti people, Iboga is also believed to work on a spiritual level.

As Bwiti, we know that extracting the pure Ibogaine deprives the medicine of the “spirit of Iboga”. Therefore, it is important to have a Bwiti shaman help with the process of producing the Iboga TA so that the spirit remains.

All of the Iboga TA we work with at Root Healing has been made with the help of our Shaman Moughenda.

How to increase success with post-detox treatment?

Similar to other treatments for opioid withdrawal, taking Iboga should be followed by post-detox therapy and continuous support to increase the chance of eliminating the addiction.

Unfortunately, the majority of the Ibogaine detox centers focus on the detoxification process alone and do not provide further support.

At Root Healing, we realize that success requires additional counseling and healing of any trauma, disconnection, or pain that led to the addiction in the first place.

Thus, once the patient is successfully detoxed, it’s highly recommended to undergo additional treatments with Iboga. Our experience suggests that the treatment program should last at least 3 weeks to maximize the chance for success.

During this period, the additional Iboga ceremonies will increase the neuroplastic effects of the plant on the human brain.

What is more, the main active alkaloid in the plant – Ibogaine is shown to trigger long-term activation of GDNF in the brain, even after the medication has left your system (18).

Thus, Iboga and Ibogaine may repair the damage on neuroplasticity which occurs after long-term drug abuse according to studies (19). Reduced BDNF expression also leads to a loss of control over unhealthy habits such as alcohol consumption (20).

By repairing the dysfunction and restoring the activity of NGF and BDNF, Iboga will help the patient build new and healthier habits.

Scientists also confirm that the benefits of Iboga on neuroplasticity are the key to its long-term effects against addiction and cravings (21).

Once the detoxification and the post-detox treatment are complete, the patients should begin counseling and integration coaching for long-term support. 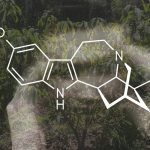 What is the Success Rate of Ibogaine or Iboga?

Why is Iboga Better Than Ibogaine? 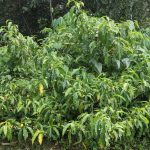