What is the success rate of Ibogaine or Iboga?

According to the CDC, more than 90 000 Americans have died from a drug-involved overdose in 2020. So far the numbers keep increasing each year. If this trend continues, the death rate will double in the next 5 years. At the same time, the reported success rate of most rehabilitation programs in the US is about 30%.

Keep in mind that this is the percentage of people who complete the program. However, more than half of those relapse within the next 6 months or less after discharge.

These dreadful statistics desperately warrant innovative and more successful interventions against addictions. One such therapy that may hold promise for thousands of patients is the Iboga Assisted Detox.

It is effective even in patients with a long history of drug abuse, including opiates, heroin, cocaine, amphetamines, and methamphetamines.

The inner root bark of the Tabernanthe Iboga shrub has been used throughout western equatorial Africa for thousands of years by practitioners of the Bwiti spiritual tradition.

The herb is also known as the Godfather of all plant medicines. It has been used for both spiritual and physical healing because of its immense medicinal powers. Iboga takes a central role in the Bwiti as their main sacrament. It is very different from other plant medicines as it takes you inward, instead of outward and has very unique effects.

The root bark contains up to 6% alkaloids of which the most common one is called ibogaine. Furthermore, there are smaller amounts of other notable molecules such as tabernanthine (13-methoxy ibogamine), ibogamine, coronaridine, ibogaline, and others.

The ibogaine was first isolated from the plant and named by Édouard Landrin in 1900. It’s considered to be the main active alkaloid that carries the psychedelic and medicinal properties of the plant (1).

Ibogaine affects several neurotransmitters in the brain. By regulating dopamine and serotonin levels, the alkaloid can attenuate symptoms of addiction, withdrawal, and depression (2).

Furthermore, it activates receptors and neurotrophic factors in the central nervous system which is likely the underlying mechanism for its long-term effects on boosting neuroplasticity and suppressing drug-seeking behavior (3).

The success rate of Iboga vs Ibogaine

Clinical and experimental research so far has mostly investigated the effects of the pure extract of Ibogaine. The most researched effects are those related to its anti-addictive and detox properties.

The alkaloid has shown a high success rate for many ailments like mental conditions, drug-seeking behavior, and withdrawal.

Unfortunately, therapy with Iboga TA (Total Alkaloid extract) has been much less studied in order to compare its success rate to Ibogaine alone.

With that being said, the success could potentially be higher with TA extract which contains all alkaloids and is administered at an optimal dose.

According to research, some of the other alkaloids in Iboga such as Tabernanthine, Ibogamine, and Coronaridine also possess potent anti-addictive properties (7).

In addition, Ibogaine as well as Ibogamine and Tabernanthine appear to have an equally high affinity for the sigma 2 receptors in the brain (8).

Activating these receptors is thought to induce several benefits for the human brain. For example, research suggests that sigma 2 ligands may reduce symptoms of psychosis such as in schizophrenia and possess potential antitumor properties (9).

Therefore, the TA extract may potentiate the benefits of Iboga for a wider range of conditions.

What is the success rate of Ibogaine?

According to research, a single dose of 200 mg Ibogaine led to sustained reduction or cessation of opioid use in 86% of patients (10). Only 14% and 25% tested positive for opioids at 6-months and 12-months after the treatment

As a secondary outcome, the alkaloid also reduced the symptoms of depression in all participants.

Furthermore, a larger study with 88 participants addicted to opiates also reported that the ibogaine eliminated or drastically reduced withdrawal symptoms in 80 % of those patients (11).

Furthermore, 41% were abstinent for at least 6 months while 30% achieved complete cessation of drug use.

Another report of 75 previous alcohol, cannabis, cocaine and crack users reveals that a single dose of Ibogaine led to long-term abstinence (several months) in 61% of all participants (12). Repeated use prolonged the suppressing effects on drug-seeking behavior.

In addition to its anti-addictive properties, Iboga therapy is also effective in attenuating symptoms of mental disorders such as depression and anxiety.

Those are also likely a result of the effects of Ibogaine on serotonin and dopamine levels in the brain, as well as improved neuroplasticity.

One study reported a significant reduction in symptoms of depression, anxiety, and PTSD in 51 US veterans after a single oral dose (10 mg/kg) of ibogaine (13).

80% of participants stated that they were either very (28%) or completely (53%) satisfied with the treatment while 59% reported positive and desirable changes in mood.

One of Ibogaine’s benefits for neuroplasticity is mediated via its effects on the glial-cell neurotrophic factor (GDNF) in the brain. The role of GDNF is to support the development and survival of brain cells and especially dopamine-producing neurons.

These neurons are the ones damaged in some neurodegenerative diseases such as Parkinson’s. Therefore GDNF is investigated as a possible therapy in these patients, but the therapy is highly complicated and extremely invasive.

Studies report about 40% improvement in symptoms of Parkinson’s after GDNF therapy, but only when the brain tissue is infused directly via invasive procedures (14).

Thanks to the effects of Ibogaine in activating GDNF in areas of the brain which are usually affected by Parkinson’s, the alkaloid may be a promising future therapy in these patients. Due to the lack of studies, currently the success rate of ibogaine is unknown.

Iboga and Ibogaine appear to be promising tools in the treatment of drug-seeking behavior and withdrawal.

The long-term success rate even after a single dose of ibogaine varies between 40 and 80 percent, and up to 30% of those treated may never take drugs again.

Unfortunately, future Ibogaine research is limited in many countries due to its legal status.

In the US, Ibogaine is classified as a Schedule I substance, which makes it illegal for use or possession. It is also banned in Australia and many European countries.

Currently, Iboga therapy can be administered without risk of law enforcement in many countries such as Portugal, Thailand, Canada, New Zealand, and Mexico, where it is successfully employed as a treatment.

While Iboga and Ibogaine prove to have a high success rate, they should not be taken on their own. There are some risks with Ibogaine when used without trained Iboga Providers, and sometimes proper medical supervision.

The alkaloid and its metabolites block the potassium ion channels in the heart and may lead to abnormal heart rhythm, arrhythmia, and cardiac arrest in patients with preexisting cardiovascular conditions (15).

Furthermore, many prescription medications may interfere with liver metabolism and increase its toxicity.

Therefore, Ibogaine should only be used under strict medical supervision and thorough medical examination. Patients should also taper off their medications properly. Iboga and Iboga TA are much safer, but still require a thorough health assessment and when used to treat certain conditions (Addiction, Parkinsons, Autoimmune etc), there should be a medical team present. 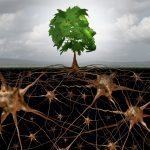 Neuroplasticity with Iboga and Ibogaine

Iboga and Ibogaine for Opioid Addiction 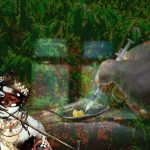